This Taco Skillet is made with taco meat, bell peppers, and diced tomatoes. Top with plenty of cheese, sour cream, and guacamole. This is low-carb and Keto.

I made this skillet for my low-carb/Keto husband and decided I should share it. It said it should be called low-carb ground beef fajitas. True. Let’s

be honest, most Mexican food is the same ingredients shifted around, wrapped in tortillas (or in this case not wrapped), and topped with guac and sour cream which makes anything taste good.

THE RUNDOWN ON THIS TACO SKILLET 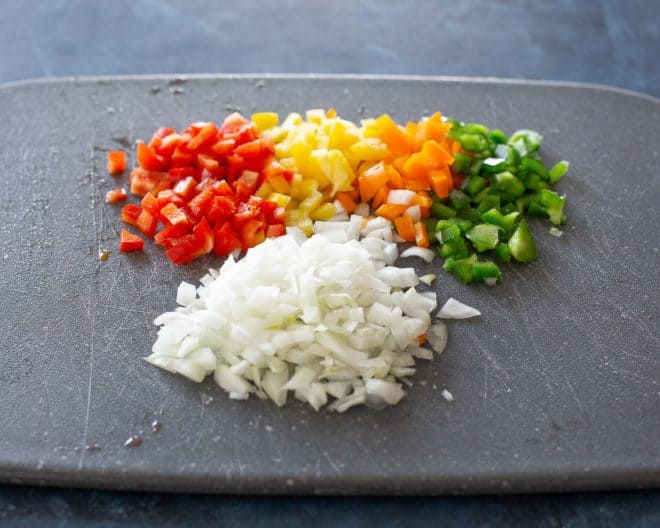 Lots of fresh veggies in this! 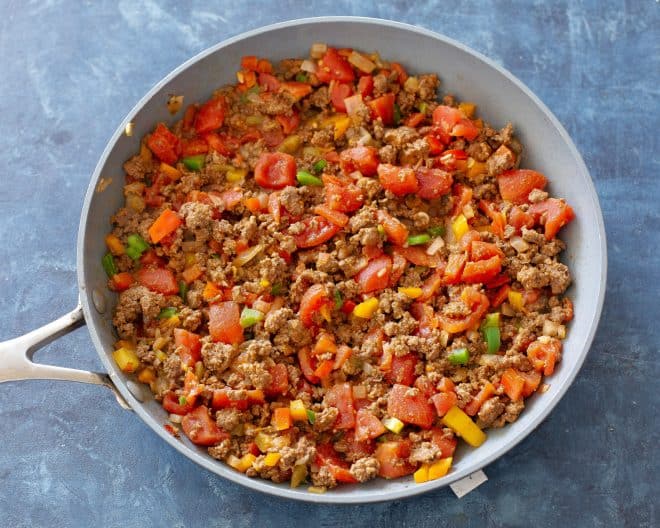 Look at all that color. 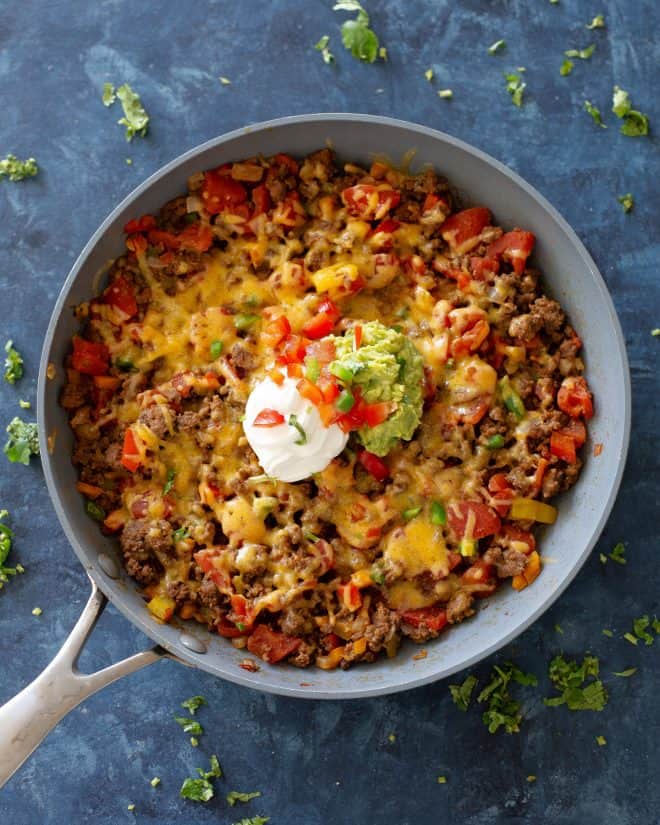