Beef Stroganoff is a creamy beef dinner usually served over buttered egg noodles. This version can be made in the Instant Pot or slow cooker.

Have you ever made a recipe that your family looked at and said, “No way. Not eating that.” Yup. That’s what happened here. It may not be a looker but it’s a taster. And once they tasted the creamy beef sauce over noodles  they cleaned their plates.

It wasn’t a negotiating dinner if you know what I mean and quite frankly I don’t have the strength for those anymore.

WHY IS IT CALLED BEEF STROGANOFF?

The story is that a French chef who worked for a wealthy St. Petersburg family created the dish for a cooking contest in 1891. Following the Russian custom of the day, he named the prize-winning dish for his employer, Count Pavel Alexandrovich Stroganov. 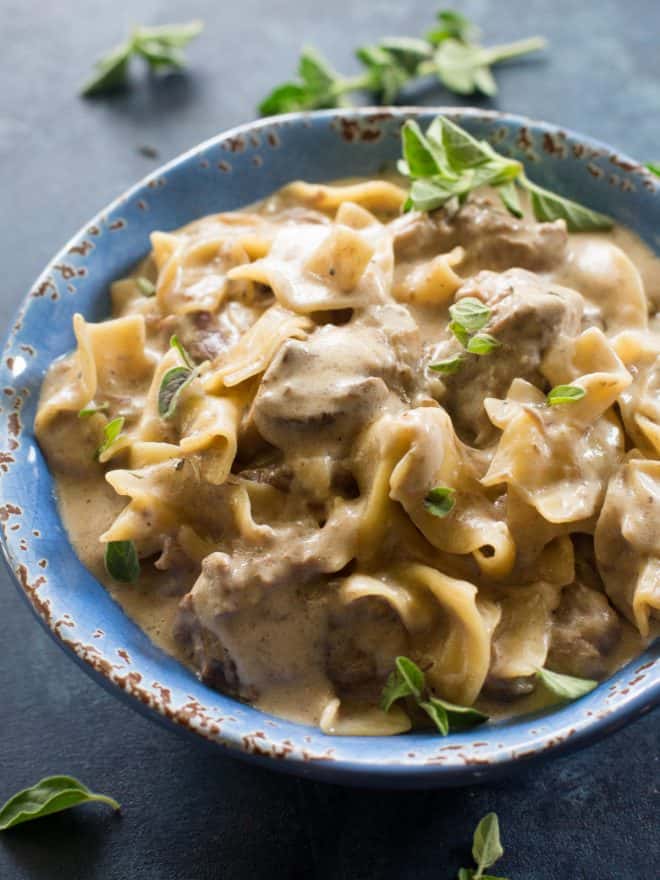 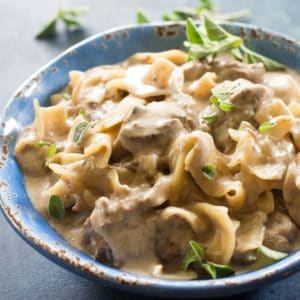