This Artichoke Bruschetta has fresh tomato, onions, artichokes, and cheese piled on top of some crusty baguette slices. This is a crowd pleasing appetizer!

I asked my husband what he wanted for Father’s Day and he said that all he really wanted was to play a round of golf with his friends.

To me a request like that makes it sound like he NEVER gets to play golf, which isn’t the case at all.

After I thought about it for a while, I realized what he really was asking for.

I think what he meant to say is that he wanted to play a round of guilt-free golf. Yeah. That makes a lot more sense.

Not that I usually give him a hard time for playing golf. But he may subconsciously feel a little guilty and I may, without realizing it, have a involuntary tone of disgruntlement after he plays.

And you really think that it’s pure coincidence that the U.S. Open just happened to fall on Father’s Day weekend?

Absolutely not. Hours and hours of golf to be watched. It’s a conspiracy theory I’m telling ya. 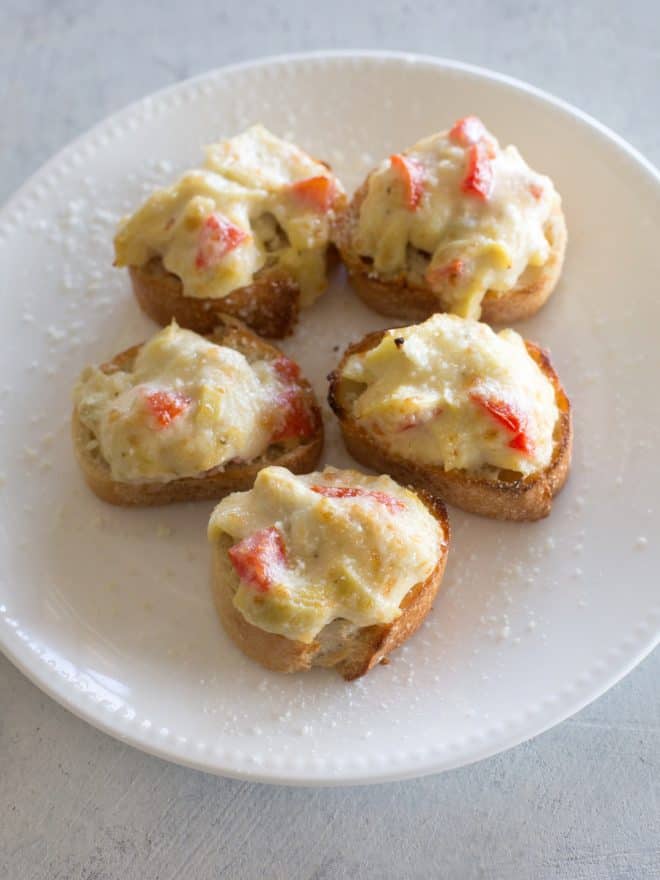 This artichoke bruschetta is a summery and light appetizer that is so addicting. Fresh tomato, onions, artichokes, and cheese are piled on top of some crusty baguette slices. 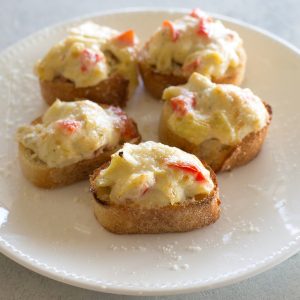 This Artichoke Bruschetta has fresh tomato, onions, artichokes, and cheese piled on top of some crusty baguette slices.